We all know Times Square, of course. The heart of New York and crossroads of the world. A plaza bustling with activity that hundreds of thousands of people move through each day. Yet it is also a strange urban form, with this iconic arrow-like tower plastered with glistening advertising billboards. Just ten years ago, part of Times Square became a pedestrian-only zone. This here is the insightful story of this mini revolution, as told by the person that made it happen, Janette Sadik-Khan.

To plan is human, to implement, divine.

I have been using extracts from her fascinating TED talk as teaching materials for quite some time, but I only recently came across the detailed account of her six-year experience as New York Transportation Commissioner, which she gives in her rather self-explanatory titled book: Street Fight (thank you Adrien for the recommendation).

Janette Sadik-Khan served under New York City’s Bloomberg administration. That, in the United States, is a non negligible entry on a CV, as it means having belonged to a generation of civil servants that were trained up during Michael Bloomberg’s three terms as mayor, and which transformed the city, as well as how it thinks about and manages its streets. Nowadays, these very same civil servants occupy management and innovation roles across the US and beyond.

In her book, Janette Sadik-Khan recounts how they went about reshaping the street and street life, during what must have been a hectic few years. She writes about how city transportation was refocused on city users and their safety (rather than just on keeping vehicles moving), the search for examples of best practice from abroad, the epic battles to create hundred of kilometres of protected cycle lanes, the implementation of a wide-scale bike share system, the creation of a rapid transit bus network, infrastructure maintenance and more.

Probably the most interesting part, however, is about how a series of city plazas were redesigned. And that takes us back to Times Square. The configuration of this square is the result of the awkward colliding-together of Manhattan’s gridded street system and the less clear-cut diagonal thoroughfare of Broadway, which follows an ancient Indian path called the Wickquasgeck Trail. This gives you an improbable irregularity in the city’s repetitive urban fabric, which has become the site of iconic buildings, and – until 2009 – had also become an incredible mess, with unmanageable traffic lights and hundreds of pedestrians weaving in and out between the mass of cars. Rather than a square, this was an impossible junction where 89% of the surface area was road space, even though 82% of users were pedestrians.

During Michael Bloomberg’s 2009 re-election campaign, he took the risk of accepting Janette Sadik-Khan’s bold proposal to close off a large section of Broadway around Times Square to vehicles, in order to simplify junctions, improve traffic flow and turn the freed up space over to pedestrians.

The end of the story is well known: the project went ahead despite the screams of outrage hurled at it from every direction... and the predictions of terrible snarl ups and store closures ultimately turned out to be false. More than the outcome, it is the method of implementation from which we can learn a great deal. In Times Square, Janette Sadik-Khan’s teams deployed a method previously tested in other less emblematic parts of the city. It is based on three main principles, which I would like to cite here: (1) observing desire lines, (2) throwing mud balls, and (3) listening to data.

You probably haven’t heard of some of them, so let me go into a little more detail:

Desire lines are of course those muddy little tracks that you often see running through the middle of grassy public spaces; they are the work of the many who preferred to pass in that particular spot rather than along the designated footpaths that cities have had paved for them in costly granite stone. This is about real behaviour versus the urban designer’s idea.

There’s not a blade of grass, of course, on Times Square. So, to monitor how people used the square before undertaking any transformation, the city patiently observed users, particularly the pedestrians risking their lives crossing the hectic flow of traffic. It was a shift in culture for the Transport Department who, for decades, had been used to counting cars and were now tracking bikes, interviewing store owners and observing in which places people on foot would stop to sit – in spite of there being no seats.

Following the desire lines is about interpreting the possible future of places from existing weak signals, rather than attempting to impose them top-down, to no avail. I’m fine with that.

After this assessment of user behaviour, NYC’s urban designers could have spent several months drafting hefty specifications in order to launch a large-scale international call for proposals. Over 300 teams would have submitted ideas, only five of which would have been selected to participate in an exhausting design competition, during which an overmanned and (multi-disciplinary) judging panel would have been fed A0 displays, 3D films and recyclable cardboard models for months. Utterly drained by the ordeal, the “happy winner” would then have entered an endless design phase punctuated by different stages of consultation, during which post-it notes would have been plastered across the walls at evening workshops, until finally producing a truly consensual yet utterly watered down project. And then would have begun the 24 months of works needed to actually implement all of that, at a cost of nine million dollars (excluding taxes), which would run over into 32 months and 13.2 million dollars (still excluding taxes of course).

They could have, but they didn’t. Rather than taking an eternity to avoid any risk whatsoever, they decided to go ahead with a fast test, even if meant not getting things perfectly right. It is here where the image of mud balls comes in, with the seemingly peculiar piece of advice given to Janette Sadik-Khan by her father: “Throw mud balls at the wall and see which stick”, he said. Which we can decipher as: risk making a mistake to find the right solution.

The method, although not named as such, is akin to “tactical urbanism”, which consists in implementing urban changes quickly, using easy-to-implement, reversible means, in order to test them and only make them permanent if they are a success.

No famous designer, costly materials or custom-made street furniture were used in Times Square. The solution employed was basic and economical, using big orange traffic cones to close off Broadway to vehicles, resin and paint to cover up the asphalt and a little signage to brighten the whole thing up. The solution was implemented so fast that the tables and chairs ordered by the City hadn’t arrived in time and a whole stock of chairs had to be bought urgently from the local hardware store – 376 coloured beach chairs, to be precise, costing 10.74 dollars a piece.

And it worked. Instantly. While weary New Yorkers and tourists vied for a seat on these mismatched chairs, it was the dubious aesthetics of this furniture that actually attracted most of the debate in the press, rather than the closure of a large section of Broadway to car traffic.

Had we tried to convince everyone in New York City that the Times Square project would work before we took the first step - answered every cabbie's doubt and refuted every newspaper columnist's armchair analysis - it would have taken five years just to break the ground.

The non-definitive nature of the transformation made it possible to legitimize a fast and imperfect solution since everything could be reversed. This approach also recognizes that you can spend years debating over detailed drawings and 3D views without ever coming to an agreement over the pictorial representation of a project. To create a dialogue, we need to see the real result.

For the mayor, this type of reversible transformation was also a fantastic opportunity to “risk going for it” – Michael Bloomberg would probably never have given the project the go ahead if it wasn’t part of this six-month pilot program, which could have concluded with the changes being put back.

In God we trust. Everyone else, bring data.

So here, of course, is where data comes in. Something we often forget in France is that a test phase only makes sense if it is accompanied by a true evaluation of the results. Obviously, with a millionaire mayor who made his fortune in financial data, it would be impossible to forgo a real analysis of the outcomes of this test period.

And this is where New York City’s famous 13,000 yellow taxis came in handy. It would have been useless asking drivers for their opinion; like drivers anywhere in the world, they would tell you things were worse than before. Instead, it was possible, using the satellite navigation system connected to every taxi meter, to analyse hundreds of thousands of journeys and compare them to how things were before the street was closed. This analysis confirmed that the simplification of the junction had in fact improved the traffic situation. But better still, accidents figures were significantly down and an analysis of economic impacts showed that the changes had been much better for trade.

A few months of experimentation showed that the transformation was not only possible, but desirable — in an unquestionably more efficient manner than years of debate. This test phase was thus quickly followed by a permanent transformation designed by Snøhetta, which was largely based on the behaviours that emerged thanks to the early freeing up of space.

So no, this method is not intended to eradicate pre-project discussions and post-project conflicts – Janette Sadik-Khan’s account of the creation of New York’s cycle lanes is enlightening on that matter. Public space lends itself well, though, to temporary transformations, so it is worth taking advantage of this. Identifying how spaces are used then testing changes and really evaluating the results is a simple way of moving faster and facilitating the adoption of change, as well as making designs better and encouraging new behaviours to emerge.

It equates to turning the project timeline back to front (you execute first and design after), which means the roles of stakeholders are also reversed, with cities leading the way when it comes to imagining and executing pilot schemes. And such a shift in method is essential given that our cities today need to begin a major overhaul of public space to rebalance how it is shared and make room for “soft mobility”. 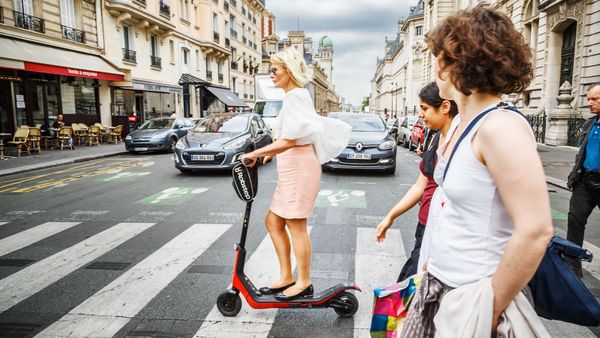 They appeared at dawn, under the incredulous gaze of France’s early risers and the foggier one of those only just heading home from their night out. Lined up like 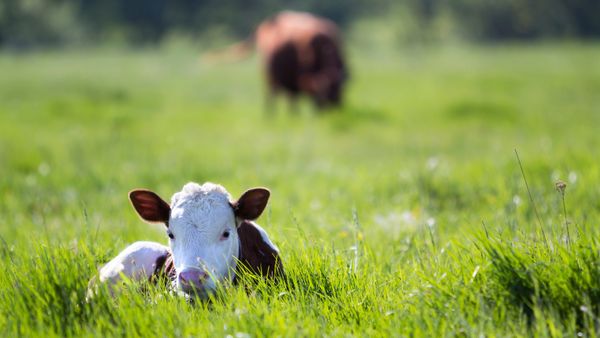